Songwriters Sarah Eide and Jan Seides bring a revelatory pop/folk music to Uncommon Ground 1401 W. Devon, Saturday October 1 at 9:00pm. The pairing is a unique blend with some exciting contrasts.

Sarah Eide has been carving a name in the Chicago music scene over the past few years, although she originally hails from the East coast. Performing with percussionists, guitarists and a full band make each show a flavorful adventure. At this show, her cinematic and intricate piano work will be accented by James Abud, multi-instrumentalist based in Chicago. Visceral sensitivity, wrapped in bold song titles like “Forgiveness” and “Challenge & Victory”, is the key to her trademark sound: introspection with great musicality.


Comparable to Laura Nyro, a pianist/composer from the 60’s soul-folk underground, Eide also has a swinging rock piano style and intellectually satisfying arrangements. While Nyro comes off as vulnerable at times, Eide has a steadfast, empowering vibe along with sweet approach-ability.

A personal favorite, listen to this song in the morning and seize the day:

While Sarah’s song The Prodigal Son references the Bible story, co-headliner Jan Seides of Austin, Texas also uses historical stories as a jumping off point for creative lyrics. Her song Delilah’s Lament is written from the point of view of Delilah the “hairdresser” of Sampson in the famous story.

A Texan who has lived in NYC, her music likewise combines country charm with city class. From travelling overseas and sharing her music in Ireland and Britain, to Illinois, Kentucky and Tennessee, her composure and sense of quiet drama show she’s a masterful storyteller. Her lilting voice floats over the songs like a flock of birds overhead. A pianist, guitarist and singer, her Elizabethan sense of beauty shows a deep connection to music as oral history.

Seide’s axe stylings include lucid fingerpicking which smartly never overwhelms the vocal, but surrounds and supports it. Not surprising from a musician who discovered she had perfect pitch before Kindergarten-- and went on to transcribe songs by other writers to learn the craft. She’s won regional New Folk category in Kerrville, and her original work has been recognized by The Great American Song Contest and received awards across the country, from Michigan to Florida. A traveler that chose guitar for its portability, Jan says, “I fell in love with traveling, and out of that began touring with my music. Really, I haven’t yet decided which is in the service of the other.” [-[www.janseides.com]

The show Saturday features a full set by each artist. Plus, after the show there will be only one degree of separation between you and Madonna. 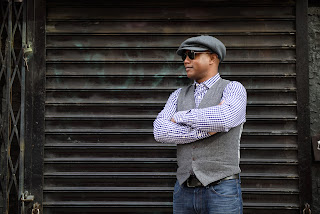 Sarah’s set includes a special appearance by Damon Grant, a Percussionist, Educator and Composer who has shared his rhythms on bills with acts such as Dirty Dozen Brass Band and George Clinton, multiple Olympic ceremonies and worked with Madonna on her 2012 Super Bowl half time show. By Damon citing ‘Animal’, from the Muppets as an early influence that sparked his imagination, you know fun is a frontrunner alongside musicality. 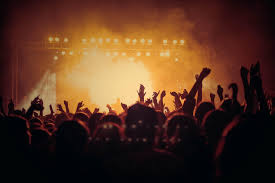 The Audience: Where the Focus Belongs